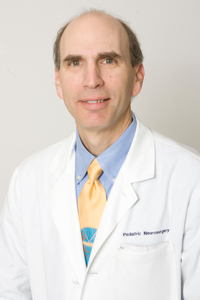 Dr. Feldstein has been the director of the Division of Pediatric Neurological Surgery since his arrival in 1994. Under his directorship the division has grown to three full time pediatric neurological surgeons who cover all aspects of pediatric neurological surgery. Among his interests and expertise is a national reputation in the management of Chiari Malformations and spinal dysraphism. He has an active practice in such subspecialty areas as brain and spinal cord tumors, craniofacial abnormalities, vascular malformations such as Moyamoya, AVMs and cavernous malformations. In an effort to decrease operative time and morbidity as well as hospital stay he has begun to utilize endoscopic assistance to perform common procedures through smaller incisions. This is currently seen in the management of craniosynostosis, chiari malformations and in certain forms of hydrocephalus. Dr. Feldstein’s practice is based at the Morgan Stanley Children’s Hospital of New York but he also maintains offices in Northern and Central New Jersey.